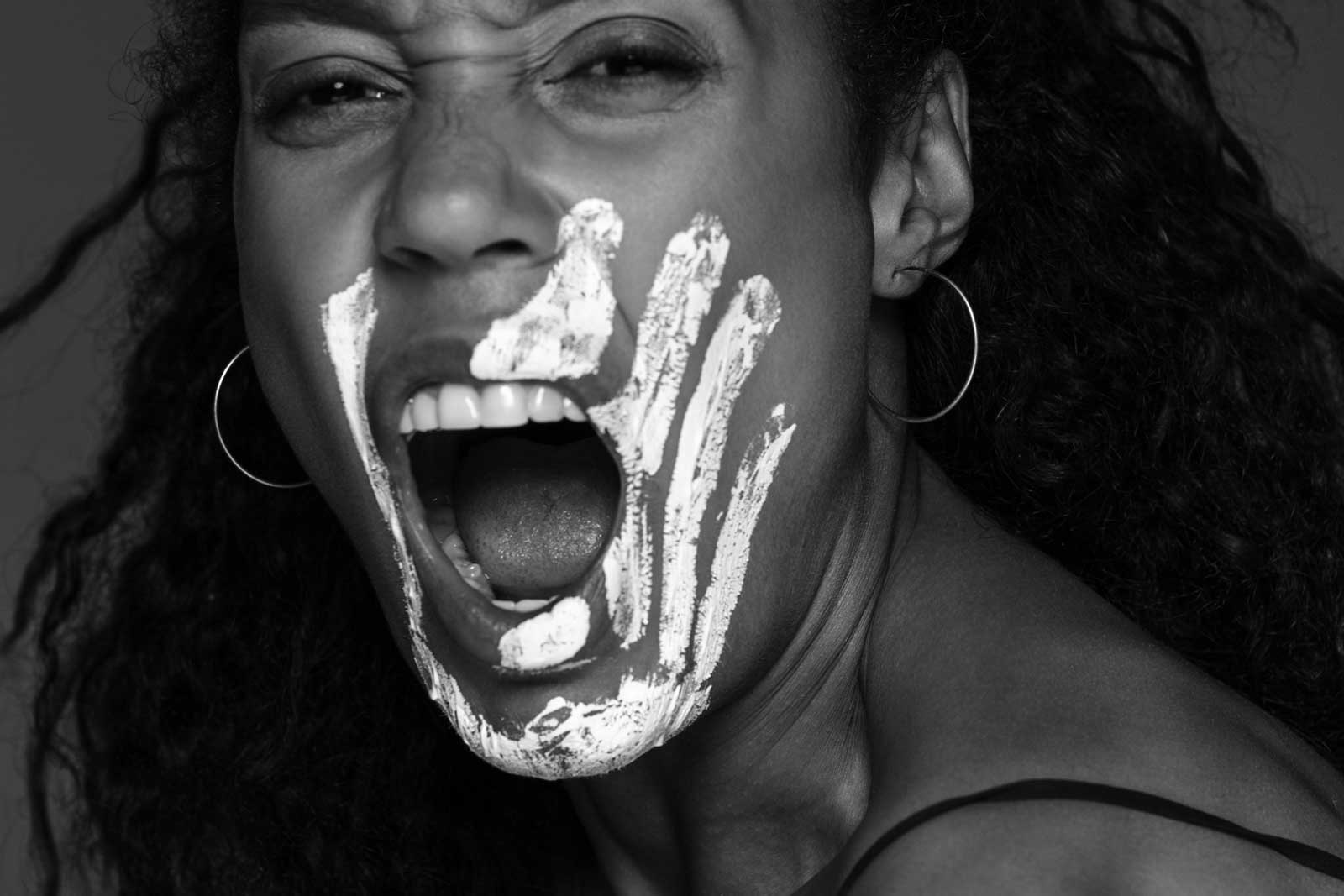 Many victims of narcissistic abuse often ask themselves if they are really the abusive and narcissistic individual because of what’s called reactive abuse.

If you don’t like the person you are becoming in the relationship and you feel like you are acting out of character for your values and beliefs, you are most likely being emotionally and psychologically abused.

They are not interested in solution-focused, healthy conversations. They want drama and chaos.

Reactive abuse is when an abuser will continue pushing their victim to their limit until the victim reacts negatively. They are only interested in a negative response and these are typically the people closest to us. Parents, lovers, friends, and family.

The abused now becomes the abuser and the narcissist will focus on the victim’s response to their abuse while minimizing their part in the interaction or completely dismissing it.

They are now the victim and they will use your reaction to prove to you and others that you are the unstable, abusive, and  toxic one.

You most likely will also minimize their abuse and focus on how bad you feel for your actions.

Good, loving, well-intentioned, and empathetic people also have limits to the amount of abuse they can experience before they react.

You have to understand that the narcissist is setting you up and you are taking the bait. They have an agenda, which is to make them look good and you look bad, and they will use your reaction to the abuse against you to the fullest.

Better believe your reactions are going to be brought up over and over again during this relationship and possibly even after.

Reactive abuse is very common in relationships with abusive, neglectful, cluster b personalities.

They have studied you well enough to know what gets to you and they will push, push, push until they cause an outburst.

They will purposely withhold sex, affection, ignore you, give you the silent treatment, triangulate you, insult or hidden insults, turning people against you including children, gaslight, purposely do things they know annoy you, call out your behaviors when they are minimal compared to theirs, other forms of abuse, or just about anything they know will start chipping away at you.

It’s hard to sit back and keep taking someone’s BS. You get slapped in the face enough times, you are going to start slapping back because talking will not get them to stop slapping you. 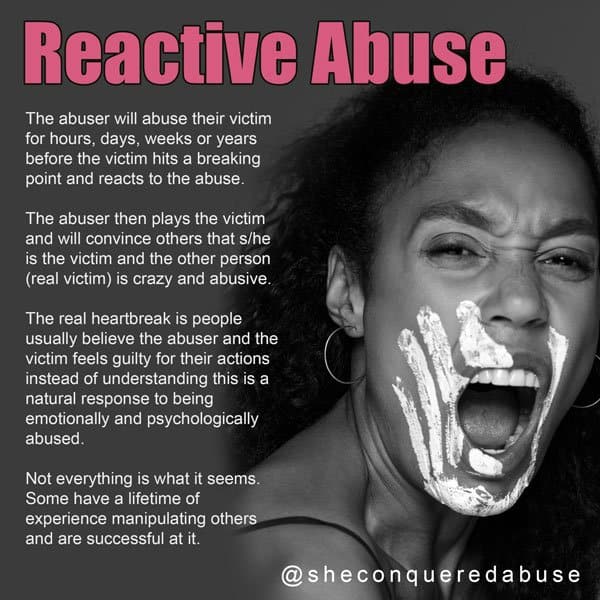 The narcissist will do what’s called “dog-whistling” in a public setting as part of their smear campaign against your character.

You know how a dog whistle can only be heard by the dog. Well, they know how to push your buttons and will say or do something to provoke you in front of others. To other people, what they say or do (even if they see it) will not look like a reason for you to react negatively. So, when you do, you are going to look toxic and dramatic.

Narcs feel powerful once you have reacted and the more toxic the better. When they feel they made you lose control, it makes them feel powerful. They now have evidence to show you and others in a smear campaign that they are not the problem. It’s all you.

People are quick to judge and if they saw your reaction with their own eyes, they are going to look at you as the problem and will probably believe everything the narcissist says about you.

Victims often display the same behaviors as their abusers within time, so you may have screamed, insulted, threw something, lashed out, or even became physically abusive yourself.

And over time, you will react much quicker. Less provoking is needed to get you to explode, making it easier to point the finger at you.

This could be subconscious because once you react to the abuse, it stops. And ultimately, you are fighting for your mental survival.

The narcissist will usually watch you in amazement at how powerful they are or even give you that evil smirk. Some just have a blank stare on their face as you have a meltdown.

Yes, your reaction could have been abusive, but let me tell you there is a big difference between someone unaware of the psychological abuse and someone who is purposely pushing you to your limits.

Most victims of narcissistic abuse will self-reflect and feel regret and shame for their actions.

They may even sympathetically apologize to their abuser.

But a narcissist will not feel guilty because they did this on purpose and skillfully.

In a relationship with a narcissist, you will not feel like yourself. It may be gradual but you won’t recognize the person you have become. You can be more judgemental, aggressive, reactive, abusive, confused, cold, doubtful, isolated, etc.

This is normal in an abusive relationship because you have had to make micro-adjustments to your character to survive, but the old you is still there.

If your relationship is bringing out the worst in you, it should be a clear enough signal that it’s time to leave.

Reactive abuse is serious and can get you in a lot of trouble. Parents have lost custody of their children or been charged because of their reaction to their abuser.

It’s time to take your power back.

Learning about reactive abuse really opened my eyes to a couple of my relationships. It validated what I was going through and educated me on mind games abusers play. Once I was aware, it’s been easier to accept what is happening and not react to other’s negative behaviors.

Forgive yourself for your actions. Your reactions were normal to ongoing, long-term, verbal, psychological, and emotional abuse.

Now that you know better and are aware, you can change make changes in your life.

Also understand, you can not change the narcissist and will only give them supply by reacting or trying to convince them to change. Their actions were done on purpose, so let that idea go and focus on you.

Observe and respond, but don’t react or absorb the toxic fumes.